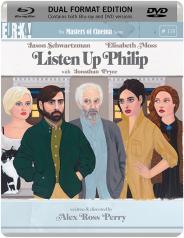 Combining intellectual ambition with a singular comic sensibility, the third feature film by writer-director Alex Ross Perry marked a defining moment for the American independent cinema of the 2010s. As with his previous features Impolex and The Color Wheel, the blackly hilarious Listen Up Philip is distinguished as much by its literary pedigree as by its fine attunement to atmosphere, sense of place, and, enabled by the camerawork of Sean Price Williams, the texture of the image.

Jason Schwartzman, in one of his most accomplished roles since such Wes Anderson collaborations as Rushmore and The Darjeeling Limited, achieves the height of comic verbal violence as the novelist Philip Lewis Friedman who, having received his first taste of literary acclaim, embarks upon the publicity campaign for his soon-to-be-published second novel, Obidant. The attention of his literary hero Ike Zimmerman (played by the first-rate Jonathan Pryce), a major novelist some decades his elder, leads to an open invitation to abscond from Brooklyn and work from Zimmerman’s small-town home upstate. And so the stage is set for all-out warfare between Philip’s seemingly irrepressible ego and the emotionality of his talented photographer girlfriend Ashley who, in a brilliant performance by Mad Men‘s Elisabeth Moss, exhibits the kind of dynamism that could dull Philip’s edge for good.

Put into relief by a cast including Krysten Ritter, Joséphine de La Baume, Keith Poulson, Kate Lyn Sheil, and Bree Hemingway, Schwartzman-as-Friedman embodies what must be one of the most charmingly loathsome or most diabolically winning personalities in recent films. The Masters of Cinema Series is proud to present Listen Up Philip, the picture Manohla Dargis of The New York Times called ”a masterwork about what it is to live for love and not just the self,” in its UK debut on Blu-ray and DVD in a Dual Format edition. 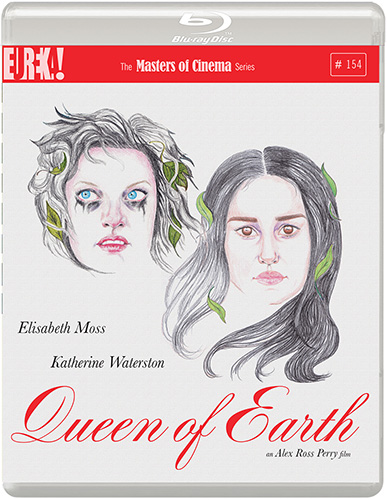