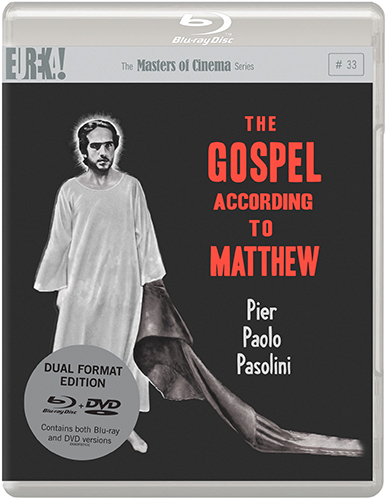 Legendary director (and avowed atheist) Pier Paolo Pasolini’s The Gospel According to Matthew [Il vangelo secondo Matteo] is one of the great retellings of the story of Christ – a cinematic rendering (filmed by invitation from the Pope, no less) at once both passionate and poetic.

With stunning black-and-white photography, an eclectic soundtrack (Odetta, Bach, a Congolese mass, etc), and using a cast of non-professionals who voice dialogue drawn directly from scripture, The Gospel According to Matthew depicts the key events in the life of Christ, from immaculate conception to death on the cross.

Vaunted by the Vatican as one of its select few recommended films, acclaimed by the Archbishop of Canterbury as a “great film”, and revered by critics and audiences alike, Pasolini’s Oscar-, Golden Lion-, and BAFTA-nominated film remains a magnificent, awe-inspiring experience. The Masters of Cinema Series is proud to present The Gospel According to Matthew alongside Pasolini’s 1963 feature on the making of the film, Sopralluoghi in Palestina [Scouting in Palestine], in a special Dual Format edition.

A NOTE ON THE TITLE: While Pier Paolo Pasolini’s work often engages with religious themes, symbols, and ideas, his work is not religious in any straightforward understanding of the term, indeed Pasolini is believed to have been an atheist. The director’s complex, deeply considered relationship with religion is apparent in the titling of his 1964 film. Notably, the original Italian (Il vangelo secondo Matteo) does not include the word “saint” (i.e. santo). Despite this deliberate choice, one not without meaning in terms of the film’s exploration of ideas, Il vangelo secondo Matteo was distributed in the UK (and in other English-speaking countries) under the title The Gospel According to St. Matthew. In a 1969 interview, asked about this issue, Pasolini responded in unequivocal fashion.

Question: “Who controls things like changing the title of a film – because you presumably know Il vangelo secondo Matteo was changed in England…”

Answer: “That’s something I wonder about myself, with considerable anguish I must say. I don’t know what to do about this kind of thing. I’d like to know how you do find out, because I feel completely helpless.”

It is for this reason, i.e. to correct a historical error in the film’s distribution, that we present Il vangelo secondo Matteo under its correct translated title of The Gospel According to Matthew. 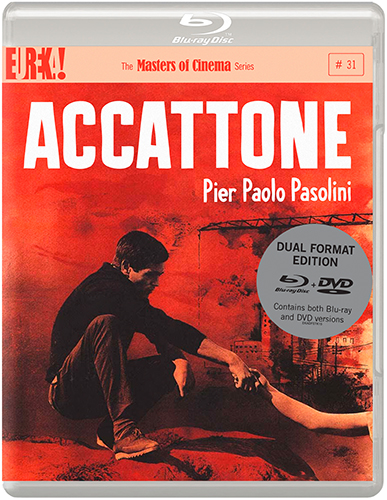 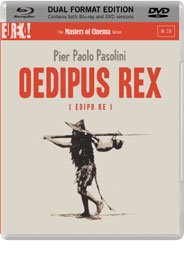