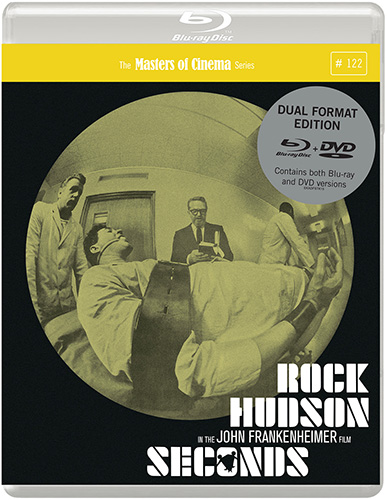 To the enigmatic question “Who are SECONDS?”, the film’s original poster responded: “The answer is almost too terrifying for words…. The story of a man who buys for himself a totally new life. A man who lives the age-old dream — If only I could live my life all over again.”

John Frankenheimer directs Rock Hudson as a “second”: that is, the newly plastic-surgery altered “reboot” of, in this instance, a listless banker named Arthur Hamilton. Such procedures are carried out by a secret organization known only as “The Company,” with the promise of giving an individual a chance at making a fresh start at life… but at what cost?

Master lighting cameraman James Wong Howe provides the paranoiac atmosphere to the skewed reality of what came to be widely considered one of Frankenheimer’s very best films. The Masters of Cinema Series is proud to present Seconds on Blu-ray and DVD in the UK for the first time.

“Perhaps Frankenheimer’s Seconds was too high-concept for audiences of the 60s, but this sci-fi thriller can now be recognised for its sheer brilliance. It’s an extraordinary experience, and a definitive piece of ‘60s cult sci-fi. Not to be missed. 9/10″ – Starburst

“an achingly sad personal story and a thriller that grips hard all the way to its haunting, gut-punch finale” – SFX 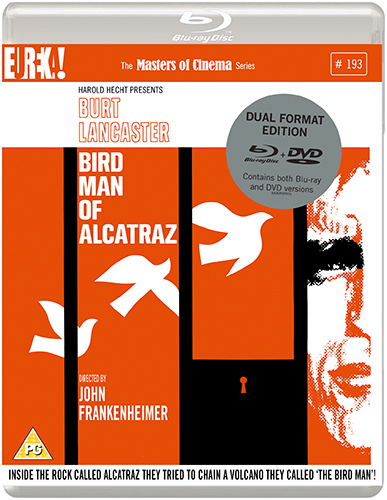