Eureka’s October 2019 release schedule has been confirmed and is set to feature an action-packed wuxia classic from director King Hu, a powerful action-thriller starring Christopher Walken; an intense and shocking thriller from the Masters of Horror Stephen King and George A. Romero; and five films from the uncompromising American director Samuel Fuller.

The final film in King Hu‘s “Inn Trilogy”, and the follow-up to his highly-acclaimed A Touch of Zen, The Fate of Lee Khan once again shows the master filmmaker’s impeccable talent in creating drama out of a single setting. An espionage thriller with a unique wuxia twist and shades of Kurosawa’s Seven Samurai, the film chronicles a tense showdown between warriors on opposing sides of a civil war in a rural inn. As much a pre-cursor to the ‘hangout’ movie as it is an action-packed wuxia adventure, The Fate of Lee Khan features action choreography by Sammo Hung (Eastern Condors) and also stars the incredible Angela “Lady Whirlwind” Mao, The Masters of Cinema Series is proud to present King Hu’s The Fate of Lee Khan on Blu-ray and DVD for the first time in the UK, from a new 2K restoration. The Fate of Lee Khan will be released on 21 October 2019, he first print-run of 2000 copies will feature a Limited-Edition O-card Slipcase.

The Dogs of War is a spectacular adventure that brilliantly captures the horror – and glory – of war. Academy Award winner Christopher Walken (The Deer Hunter, Pulp Fiction) is a brutal mercenary who must fight the ultimate battle – against his own conscience – in this powerful action thriller with a heart-thumping tempo. Praised on release for its dialogue, action, and characters, The Dogs of War is a gritty masterpiece, and one of the best war movies of its era. Eureka Classics is proud to present John Irvin’s feature debut on Blu-ray for the first time in the UK. Released on 14 October 2019, the first print-run will feature a Limited-Edition Collectors Booklet.

Adapted from the bestselling novel, The Dark Half is an intense and shocking thriller. Masters of horror Stephen King (IT, The Shining) and George A. Romero (Night of the Living Dead) have created a gripping, creepy, frightening film that shocks and thrills, with a climax that stands up as one of the craziest of both King and Romero’s careers. Featuring an intelligent screenplay and first-rate cast, including Oscar winner Timothy Hutton, The Dark Half will keep you captivated to the chilling end. The Dark Halfwill make its UK debut on Blu-ray in a Dual Format (Blu-ray & DVD) edition as part of the Eureka Classics range from 14 October 2019.  The first print-run will feature a Limited-Edition Collectors Booklet.

A towering figure of American cinema, Samuel Fuller was a master of the B-movie, a pulp maestro whose iconoclastic vision elevated the American genre film to new heights. After the major success of The Steel Helmet, Fuller was put under contract by Twentieth Century Fox. Over a six-year period, Fuller would produce some of the best work of his career, an uncompromising series of masterpieces spanning multiple genres that would establish the director as a true auteur, whose influence continues to be felt today. Fuller at Fox, Five Films 1951-1957 features five films from this fruitful period, all presented from stunning restorations: the impossibly tense Korean-War drama Fixed Bayonets!; the outrageous and confrontational spy-thriller Pickup on South Street; the Cold War submarine-actioner Hell and High Water; the lushly photographed, cold-as-ice film noir House of Bamboo; and the audacious Western with a feminist twist, Forty Guns.  This collection of essential films will be released as part of The Masters of Cinema Series on Blu-ray in a limited edition (2000 copies) 5-disc hardbound boxed set on 28 October 2019. 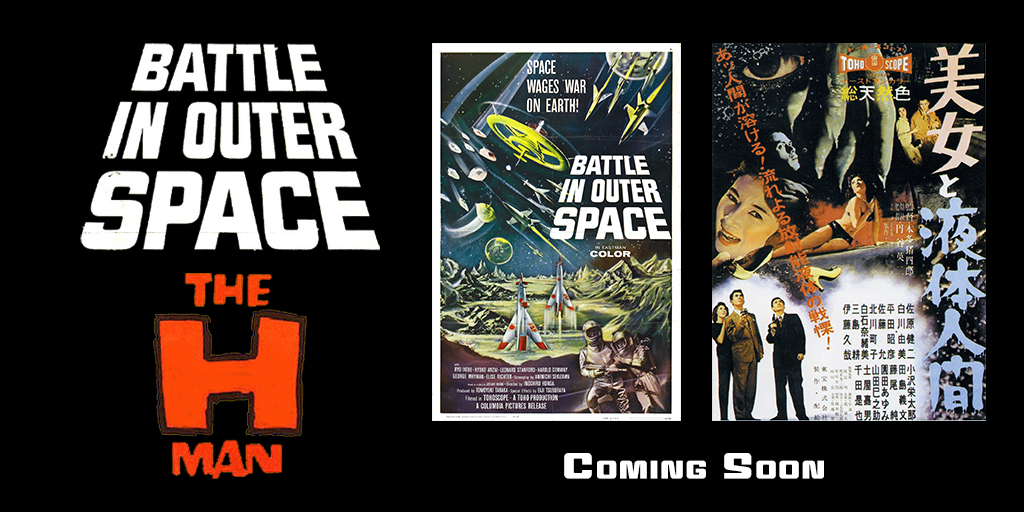